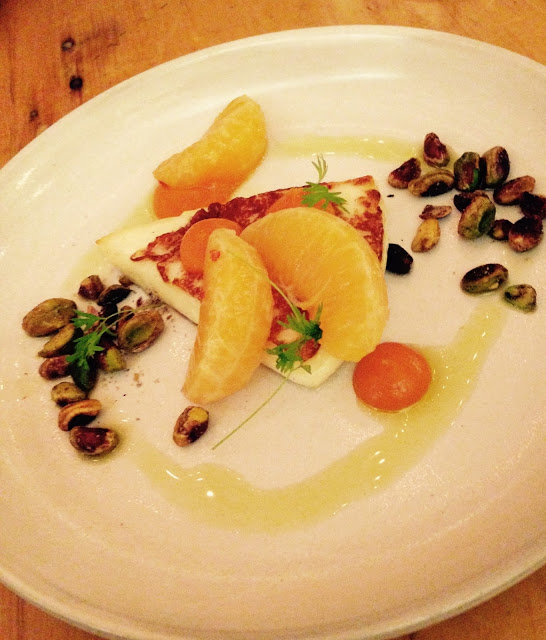 After writing about the wonderful Greek thyme honey I baked with last week, there was only one way to follow it up, and that was to write about the best Greek restaurant – by a wide margin – that I’ve ever visited.

True story: for years, I’ve generally avoided Greek restaurants. I always found the food a bit greasy, and assumed that’s just what Greek cooking was like.

Apparently I’ve just been going to the wrong restaurants. Because after one visit to Mamakas, I’ll never, ever think that way again. 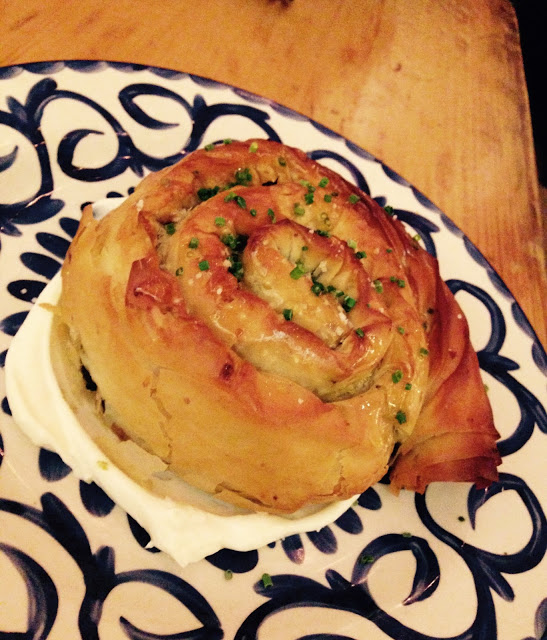 I loved every single thing I ate here. The halloumi with clementines and pistachios was exquisite (possibly my favourite dish) – the flavours worked perfectly together. I could have made a meal of just this. But if I’d done that, I would have missed out on the most beautiful spanakopita I’ve ever seen, and the perfectly grilled lamb chops with hand cut potatoes and feta. And if you’re lucky enough to eat there, don’t even think about passing up the walnut cake with candied carrots and cinnamon ice cream. I probably could have made a meal of that, too. 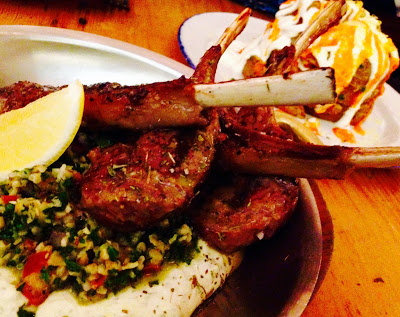 As I like to do in my foodservice posts, I reached out to the owner, and wasn’t disappointed. Not only did I hear back from Thanos Tripi immediately, he asked me to call him so he’d be sure to give me the answers I was looking for.

Seriously – he’s the owner of a wildly popular new restaurant, and he wants to make sure I get all the information I need for my blog. How nice is that?

In our conversation, he told me he felt Greek food wasn’t properly represented in Toronto, and he wanted to change that. He hoped to take traditional Greek recipes and update them without losing their integrity. When I asked about his favourite food memories, he mentioned olive oil French-fried potatoes, which are clearly represented in the restaurant’s hand-cut potatoes (tiganites patates).

Tripi then passed the phone to his head chef, Chris Kalisperas, to answer any other questions I might have. Kalisperas reiterated the restaurant’s goal of modernizing the traditional, and of using only the best ingredients with the most superior presentation. (Hence the gorgeous spanakopita.) His most important influences were a chef he worked for in Cyprus, and Thomas Keller.

Greek myths are full of stories involving food. A golden apple was the prize in a contest to choose the most beautiful goddess. Hades tricked Persephone with a handful of pomegranate seeds. And Athena gifted the city of Athens with an olive tree. Our dinner at Mamakas was equally legendary, and equally worthy of the gods.

(All opinions are my own, and I received no compensation for this post.) 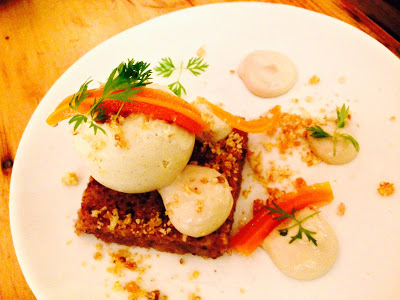