How could I stay away?

But such acclaim comes with popularity, and I tried making reservations a few times with no luck. Finally, I must have timed it perfectly, because just before Christmas I scored a reservation three months out – on a Saturday night!

Alo is tucked away on the second floor of a nondescript building on busy Spadina Avenue, just above a tattoo parlour. If you didn’t know it existed, you’d never find it; even though we knew it was there, we were happy the greeter on the main floor reassured us we were in the right place.

The menu is different every night, with two choices per course. The presentations were gorgeous: even if I wasn’t taking pictures for my blog I’d have taken them anyhow, out of admiration and respect. Technically there were five courses, but actually there were probably closer to ten (including three tiny desserts). Everything is prepared with the utmost of care. Even the butter that’s served with the bread is made in-house.

And how did it taste? I adored everything I ate, with the chanterelle mushroom dish being an early contender for the best five minutes of my year.

Chef Patrick Kriss graciously answered the questions I asked him. He said his greatest influences were the people he worked for at New York’s Daniel restaurant – Jean-Francois Bruel, Eddy Leroux, and of course Daniel Boulud, all of whom he described as being extremely hard-working and dedicated people. And charmingly, when I asked him what his most memorable cooking moments were, he answered, “Cooking with my grandmother when I was a child. Pies and simple roasts on Sunday.”

A note to my Toronto friends: Alo is now taking reservations only two months in advance. In the name of blog research, I went on Open Table this morning to see what reservations were available, and got the message “No availability for Alo restaurant … in next 8 weeks.” But don’t give up – this is a restaurant that’s more than worth the wait. And when you get that reservation, be sure to tell me which course was the best five minutes of your year.

(All opinions are my own, and I received no compensation for this post.) 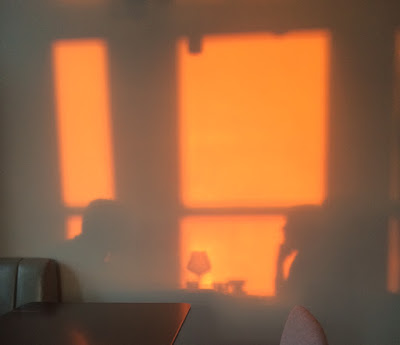