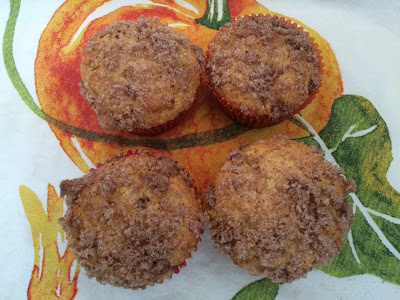 Do you ever get a spontaneous baking idea that you have to follow through on?

I was in the grocery store on Friday and I noticed a jar of orange marmalade. Immediately I could taste the muffins I’d make with that marmalade, warm and sunny with streaks of orange baked right into them.

Not even knowing if such a recipe existed, I bought the marmalade and rushed home to look.

Sometimes when I get inspirations like that, I have to create my own recipe. But this time I was in luck, finding the perfect recipe online in a minute. And the muffins don’t take much longer than that to bake  – you can whip up the batter in the time it takes to heat the oven. That’s what makes them perfect for a weekend breakfast or brunch – loaded with the sweet yet slightly bitter flavour of orange marmalade, they’re the perfect way to start the day. 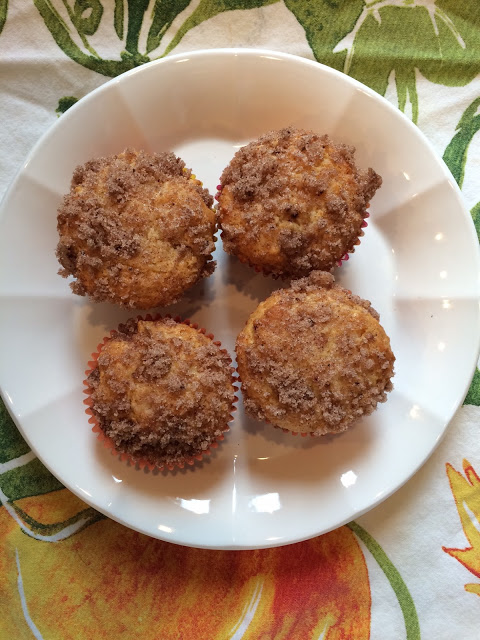 Preheat oven to 375 degrees and place 12 cupcake liners in a muffin tin.

Sift together flour, sugar, and baking powder. Place in a mixing bowl. Use a pastry cutter to mix in shortening until it’s in very small chunks.

In a separate bowl, mix marmalade, orange juice and vanilla. Beat in the egg. Pour over dry ingredients, and mix together gently, just until barely combined.

Fill each cupcake liner with batter, just short of the top. Sprinkle one rounded teaspoon of topping over each muffin.

Bake for 20 to 22 minutes until done. Remove from pan and cool on wire rack.