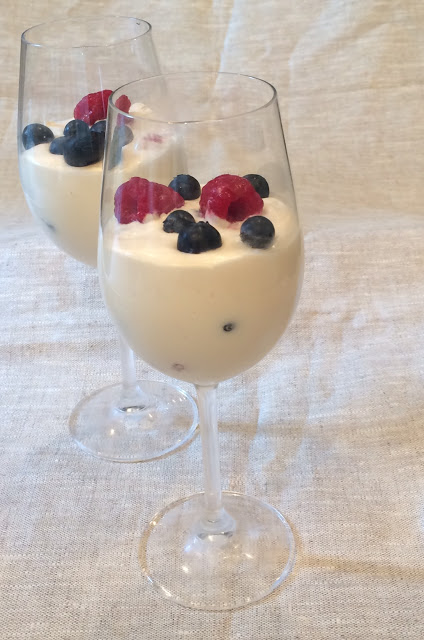 Finding a sugar-free dessert that tastes delicious can sometimes feel like a fool’s errand. I’m usually dubious about that kind of thing – I’d honestly rather eat an apple than a dessert that sacrifices flavour to make health claims.

That’s why I was intrigued by Baking with Less Sugar, by Joanne Chang. If anyone could succeed, it would be the owner of Boston’s Flour Bakery, who set the bar with her delicious baked goods in two previous cookbooks. There were so many great recipes, it was hard to choose where to start, but I picked a winner with this fruit-studded fool. It’s sweetened with an apple juice concentrate reduction, and we didn’t miss the sugar one bit. Low-fat it is not, but if you want to cut back on sugar without giving up flavour, it’s a perfect way to start.

If this is fool’s paradise, I want in. 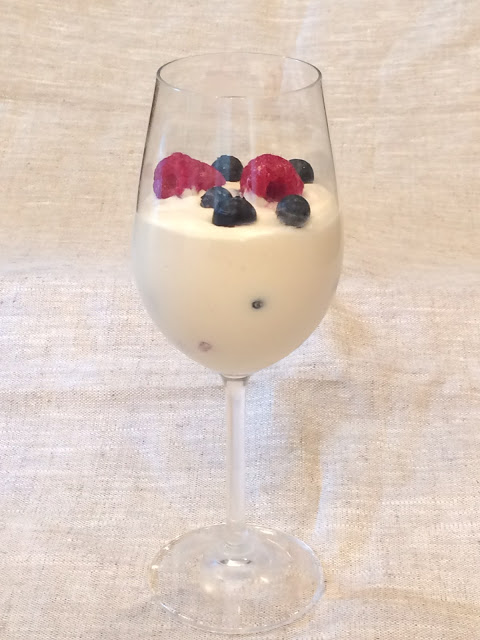 In a small saucepan, bring the apple juice concentrate to a boil over medium-high heat. Decrease the heat to medium-low and simmer for 15 minutes, or until the juice reduces to 3/4 cup. To check whether it’s reduced enough, occasionally pour the juice into a measuring cup; if it it’s more than 3/4 cup pour it back into the saucepan to simmer until sufficiently reduced. Remove from heat and cool in the fridge until cold to the touch.

Fold the berries into the cream cheese mixture, shaving a few spoonfuls of berries to garnish the tops. Portion into bowls or glasses and top with a generous spoonful of berries. Serve immediately, or cover with plastic wrap and refrigerate up to two hours.