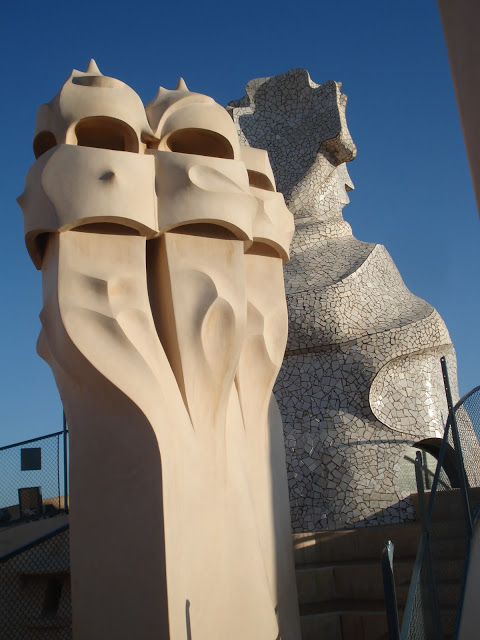 Last week, I mentioned that this month I was writing about great architecture we’ve seen.  But after thinking about some of the amazing buildings we’ve been fortunate to visit, I realized I had enough in Spain to do a month’s worth.
Casa Mila was built in Barcelona in the early twentieth century by the incomparable architect, Antoni Gaudi.  Commissioned by the Mila family, it’s more commonly known as La Pedrera (The Quarry). Unsurprisingly, when it was built it was the object of criticism from those who felt its unorthodox exterior resembled a stone wall pitted with caves.  The building seems to undulate, thanks to the wave-like balconies with their delicate wrought-iron railings.
The interior of the house is astonishing.  Rooms are asymmetrical, and Gaudi completely avoided using straight lines within.  One tenant unhappily told him that not one of the irregularly shaped walls was a suitable place to put her piano.  Apparently, Gaudi suggested she take up the violin. 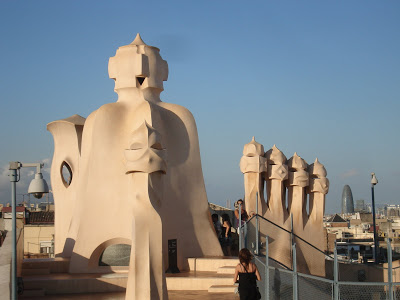 But it’s the roof that is really the star.  Most architects, faced with the task of installing chimneys and ventilators, would try to hide them, or at least minimize their appearance.  Not Gaudi, who turned them into fabulous sculptures. 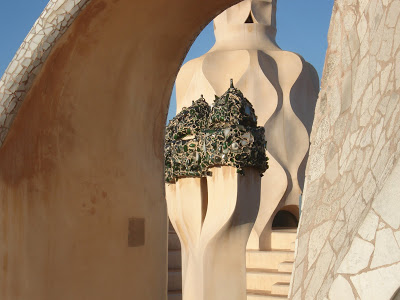 These tall, conical structures tower over their observers and look like alternate inukshuks.  Could they be landmarks left behind by space travelers from an ancient time?  It isn’t a stretch to believe they were left there one night by a tribe that vanished as quickly as they’d arrived. 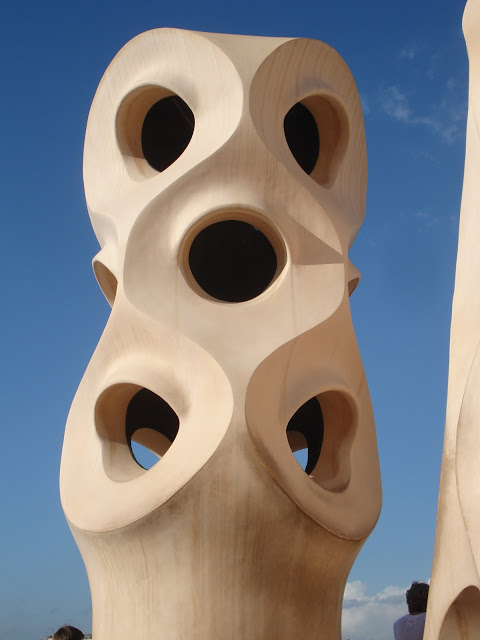 Next week I’ll be writing about another of Gaudi’s brilliant buildings!