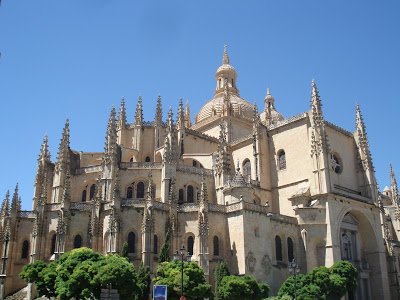 The final building in Spain I’ll write about this month is the stunning Alcazar in Segovia.  Rather than telling you the history of this astounding castle or trying to describe it in my own words, I’ll say that it reminded me throughout of the poem The Lady of Shalott.  Between our photos and Alfred, Lord Tennyson’s words, I’ll let you form your own impressions. 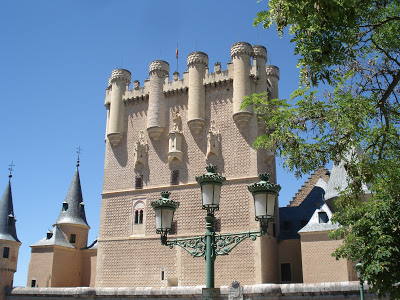 Four gray walls and four gray towers,
Overlook a space of flowers,
And the silent isle imbowers
The Lady of Shalott. 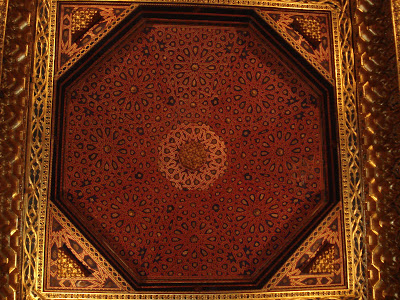 There she weaves by night and day
A magic web with colours gay.
She has heard a whisper say,
A curse is on her if she stay
To look down to Camelot. 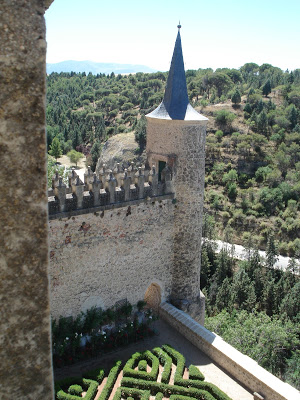 And moving thro’ a mirror clear
That hangs before her all the year,
Shadows of the world appear.
There she sees the highway near
Winding down to Camelot. 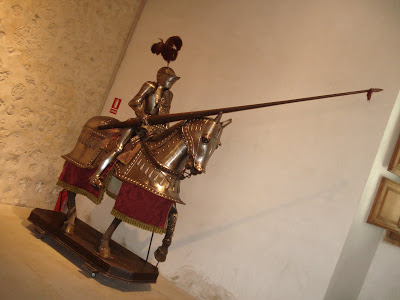 And sometimes thro’ the mirror blue
The knights come riding two and two:
She hath no loyal Knight and true,
The Lady of Shalott. 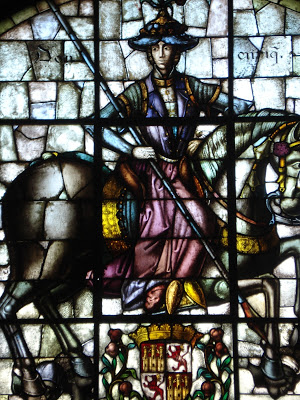 A bow-shot from her bower-eaves,
He rode between the barley-sheaves,
The sun came dazzling thro’ the leaves,
And flamed upon the brazen greaves
Of bold Sir Lancelot. 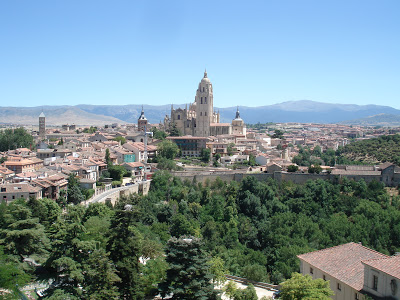 She left the web, she left the loom,
She made three paces thro’ the room,
She saw the water-lily bloom,
She saw the helmet and the plume,
She look’d down to Camelot.
Out flew the web and floated wide;
The mirror crack’d from side to side;
“The curse is come upon me,” cried
The Lady of Shalott
Excerpts from The Lady of Shalott, by Alfred, Lord Tennyson