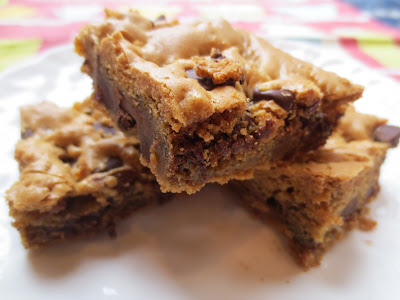 I was planning to make these wonderful blondies sometime this weekend anyhow.  But my youngest daughter and her best friend came over after school on Friday dying to do some baking, so they made them instead.
I fell in love with this recipe the first time I tried it.  The brown butter, the chocolate and the toffee flavor combined to make them really special.  Liz’s original recipe, on the wonderful blog That Skinny Chick Can Bake, called for Heath bars.  Since we can’t get those in Canada, I substituted Skor bars.  Either way, they’re fantastic – one of the best new recipes I’ve tried recently. 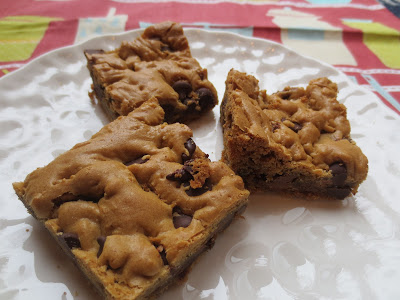 Maybe you’ve noticed that I haven’t been posting as many recipes for sweets lately.  There are a few reasons for that, but one is that my husband is trying to stay away from desserts, and I’m attempting to make that easier by not baking too often.  But he’s out of town this weekend and we took full advantage by making these blondies.  Andrew, if you’re reading this from Florida, I promise these will be gone by the time you get back home. 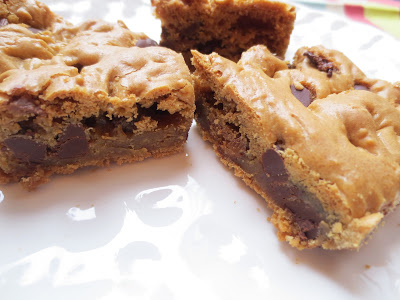