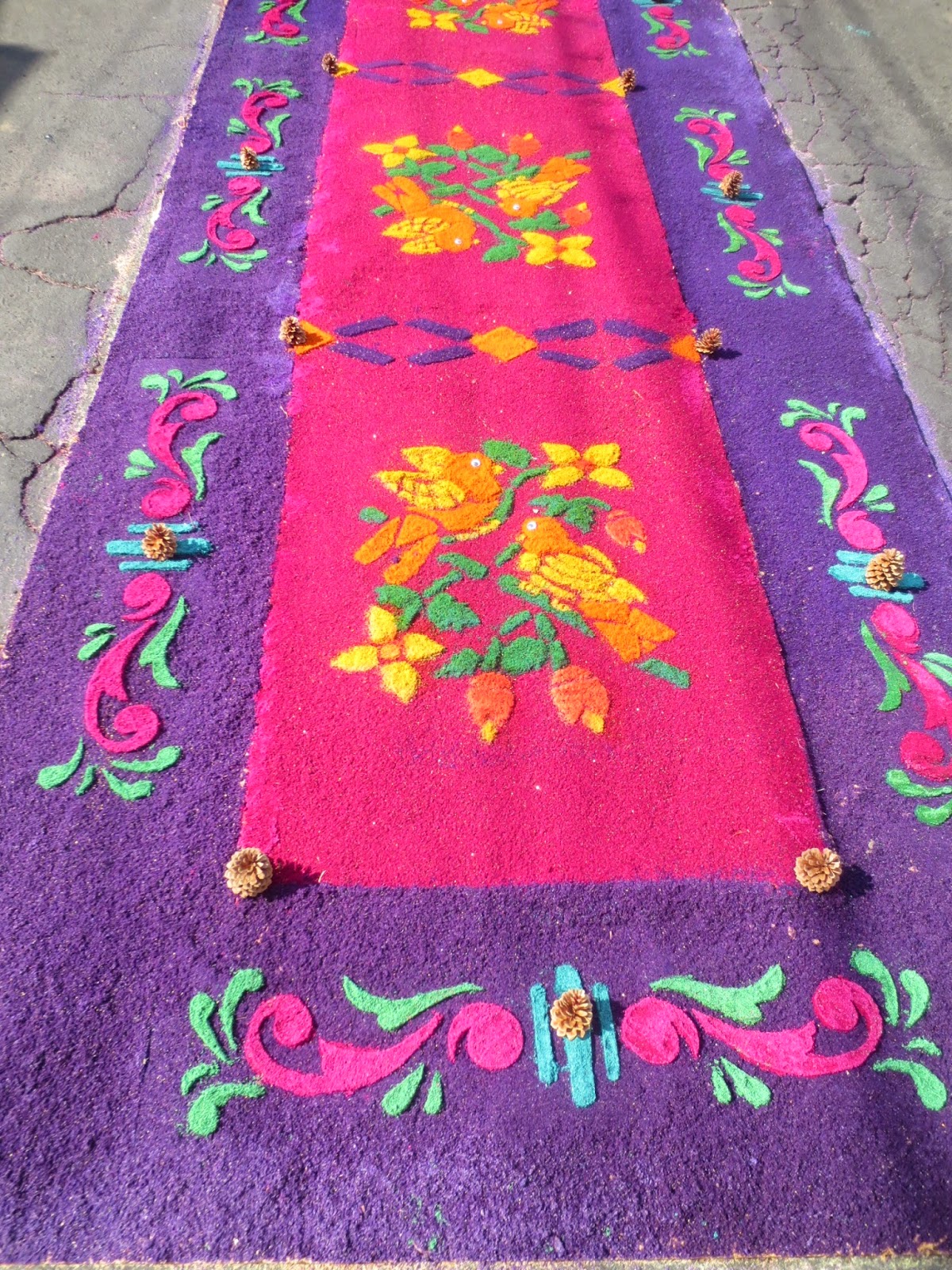 We were recently in Guatemala, where we had the privilege of witnessing a Lenten parade in the colonial city of Antigua. Lent is a very important time in the Guatemalan church calendar, and every Sunday during this time, a procession enters from the outer city into the city centre. We were fortunate enough to see one such procession. 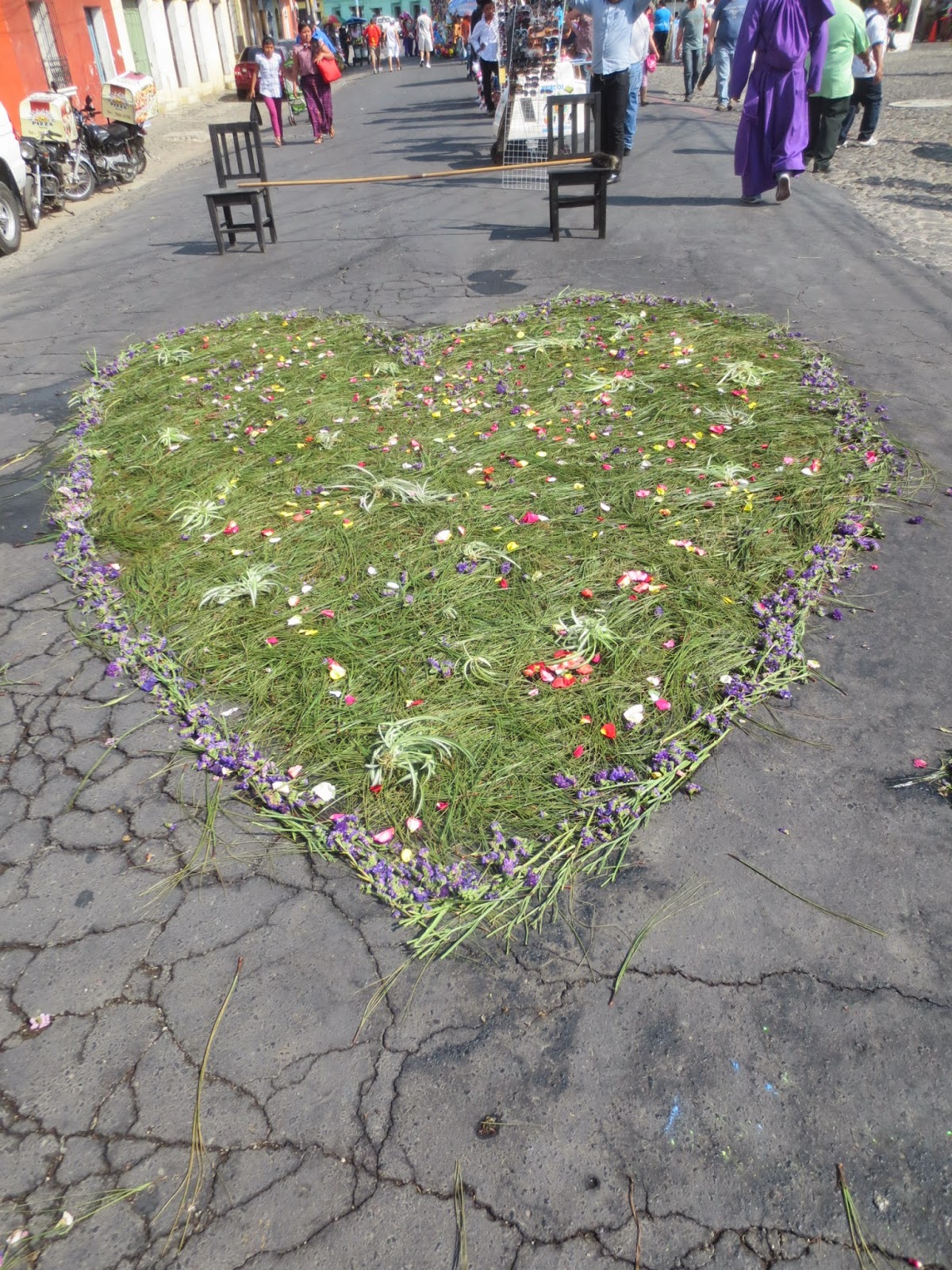 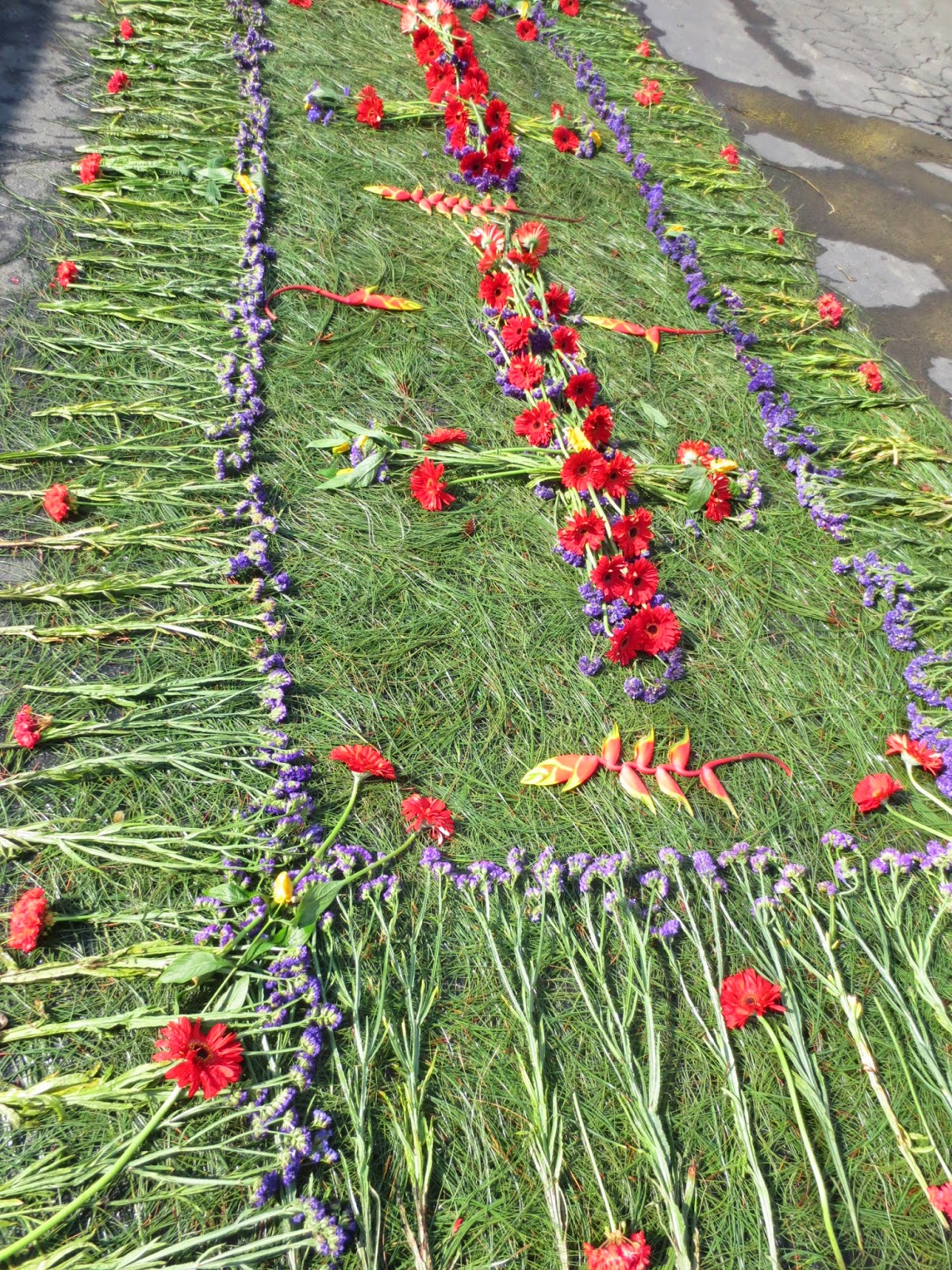 Work starts early in the day. Every week, the parade comes into town from a different outlying district, and each district accepts the holy responsibility to make the route as beautiful as possible. Groups of people gather in the streets, making temporary murals from flowers, plants and dyed sawdust. The beauty of this artwork is astonishing, and even more so knowing it will be destroyed as soon as the procession walks over it. 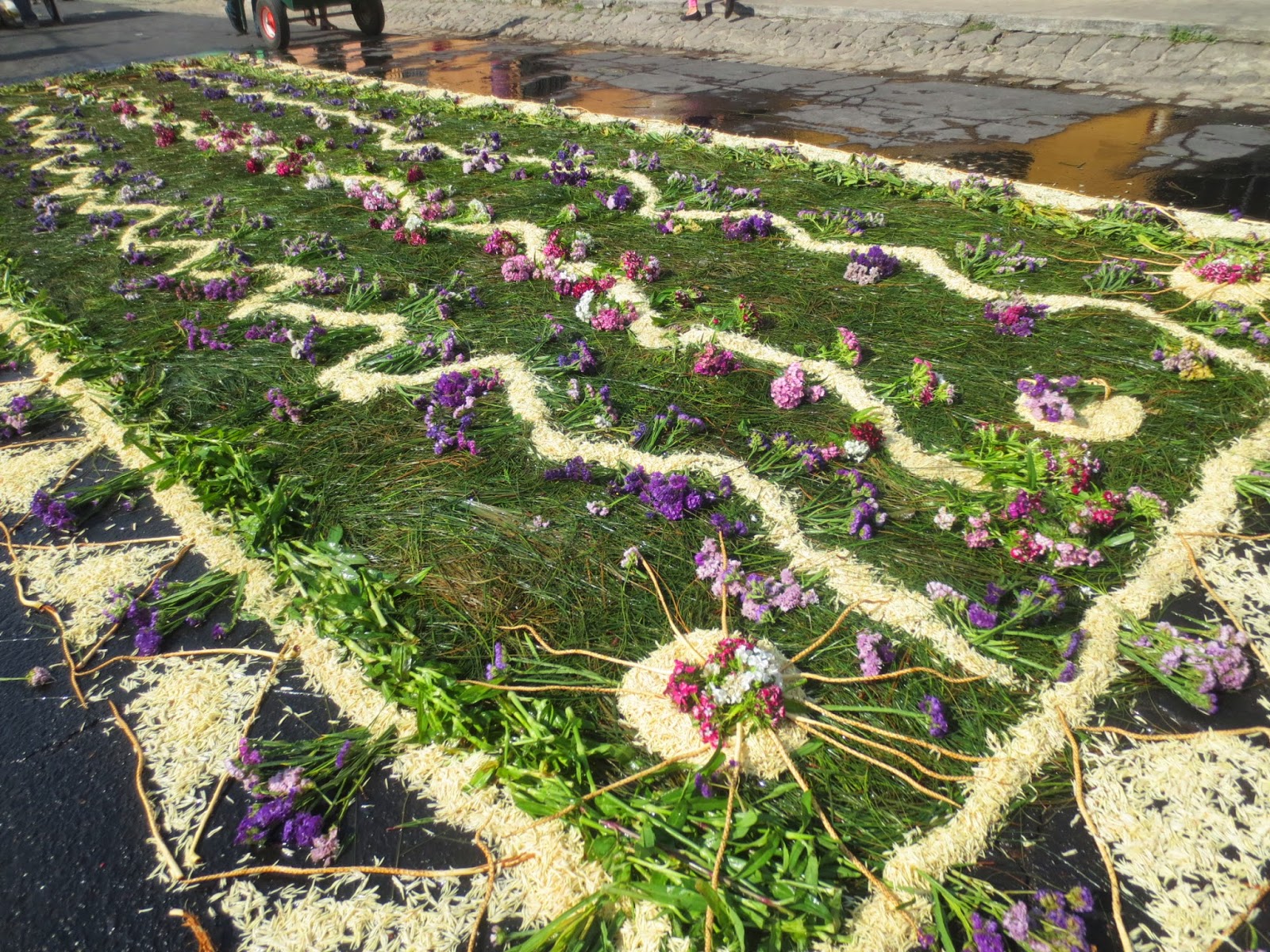 As so often happens in Lent, the purpose behind the ritual is one of penance. That’s why I, and many of my friends, give up something we enjoy for the six weeks prior to Easter. Here, the penance is in the form of carrying the float that depicts Jesus carrying the cross to Calvary. Pilgrims pay for the right to take their turns carrying it for several blocks; many do so multiple times over the course of the day. 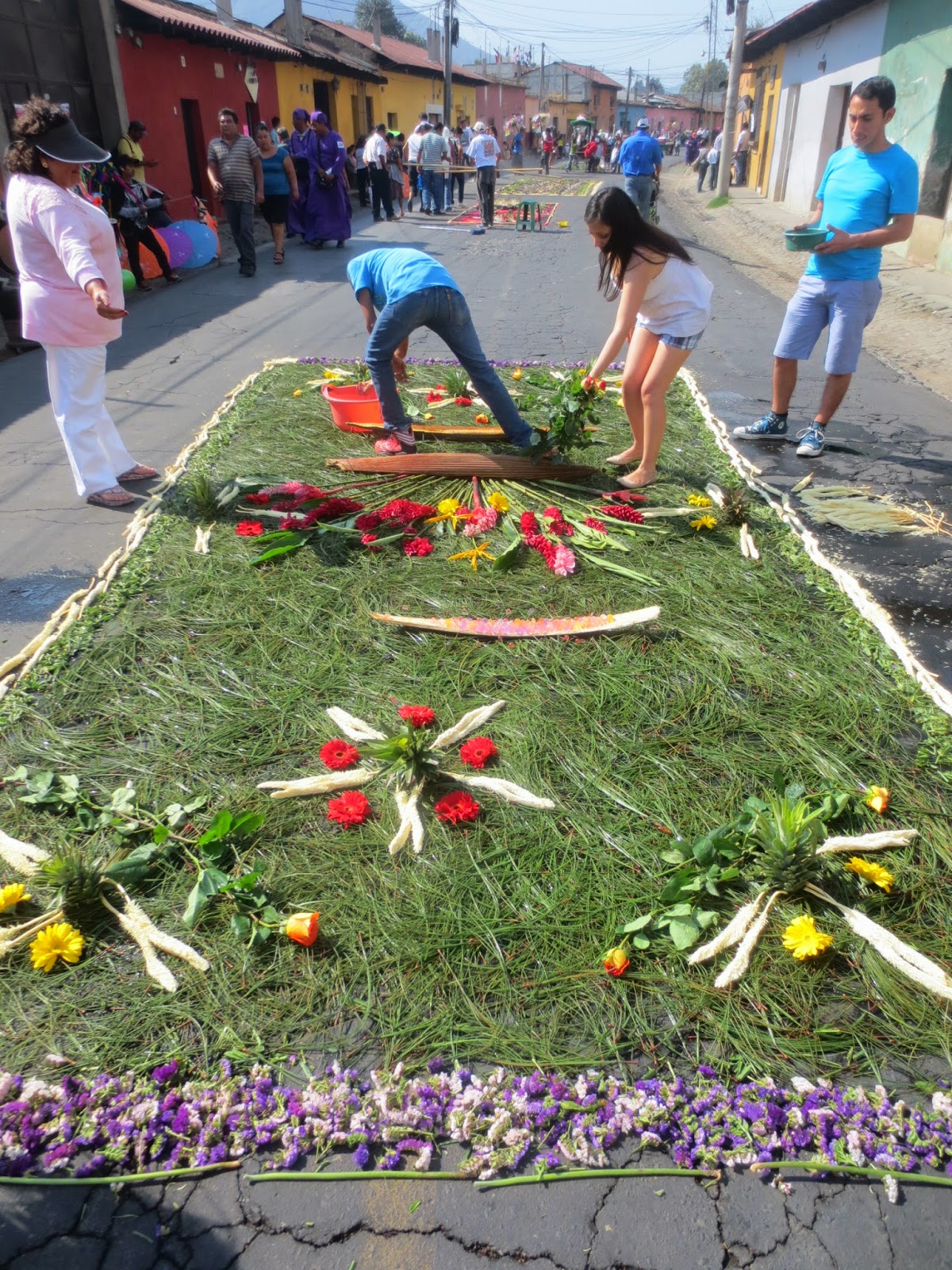 Thus it was that Andrew and I found ourselves standing on the steps outside the cathedral, by the main city square in Antigua. The occasion was solemn, but the crowd was family-oriented: children, parents and grandparents mingled, laughed and spoke. A sense of excitement and anticipation filled the square.

Darkness fell. Several musicians and banner carriers proceeded into the square, alerting us that the float was close behind. Volunteers handed out Spanish-language pamphlets describing the ceremony, and each person in the crowd was given a candle. We passed the light from one person to the next until the crowd was full of hundreds of tiny beacons. 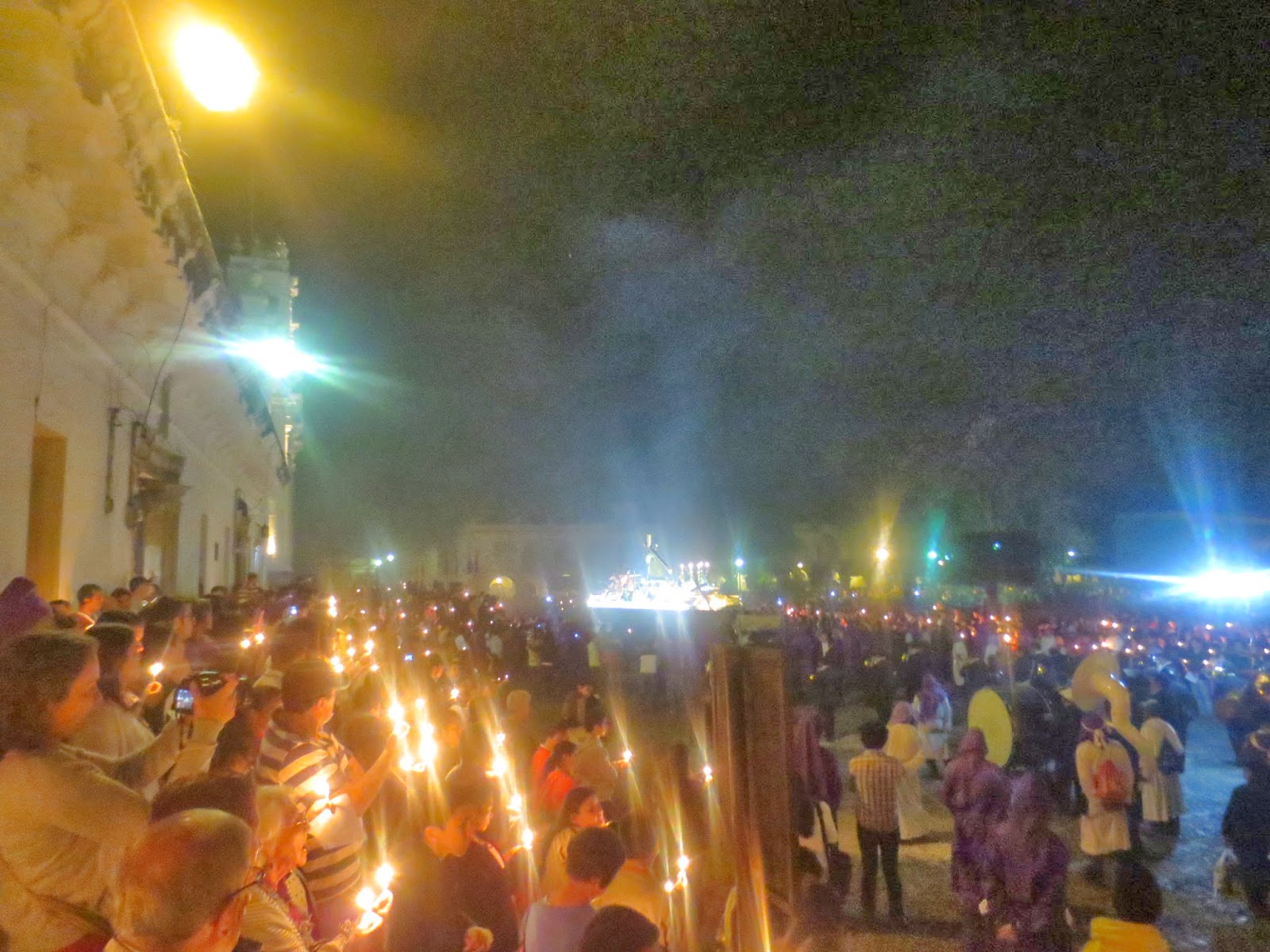 And then the float entered the square. It was almost impossible to look away. Illuminated by its own lights, the float swayed from side to side with the movements of those who carried it. 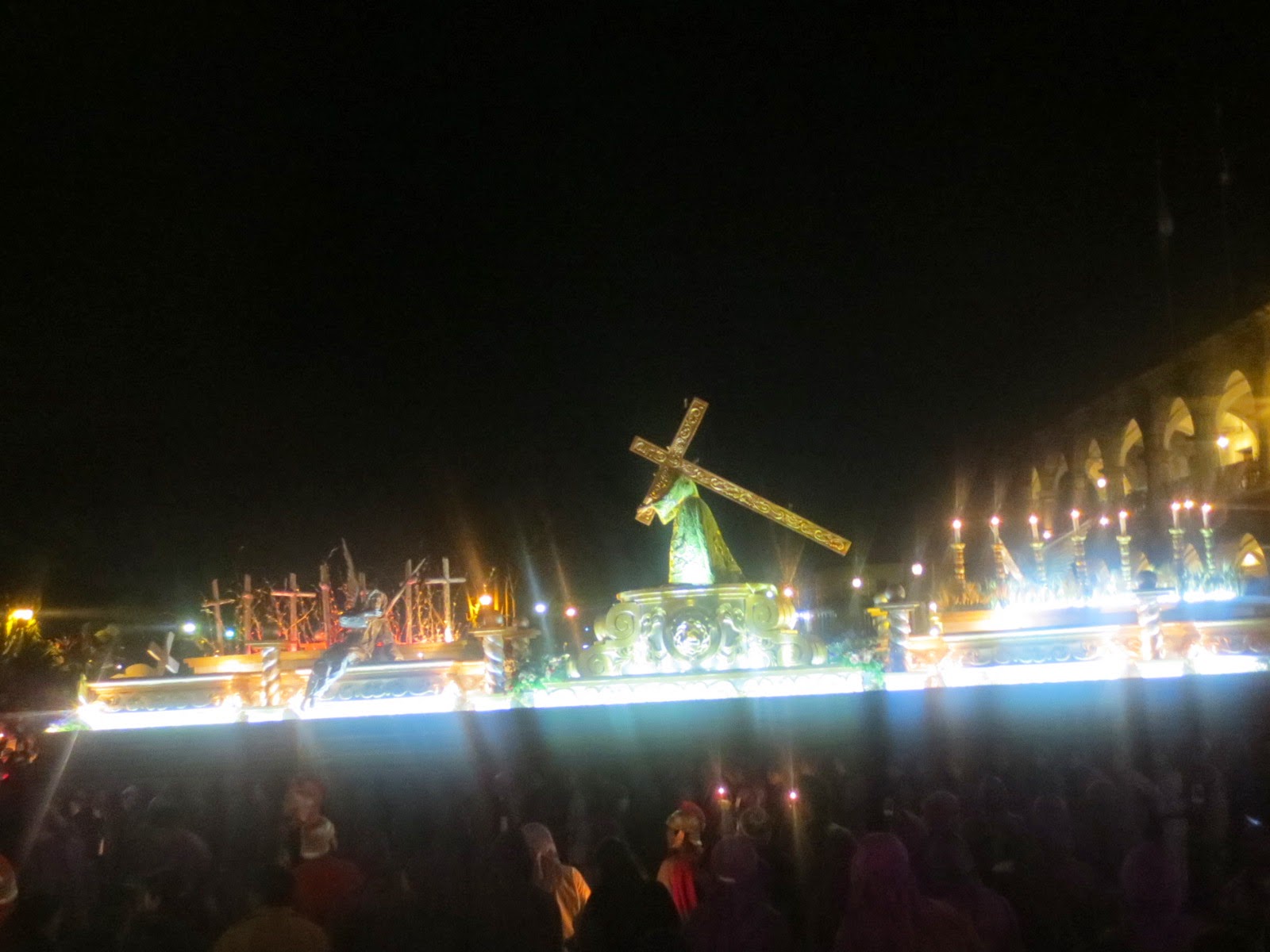 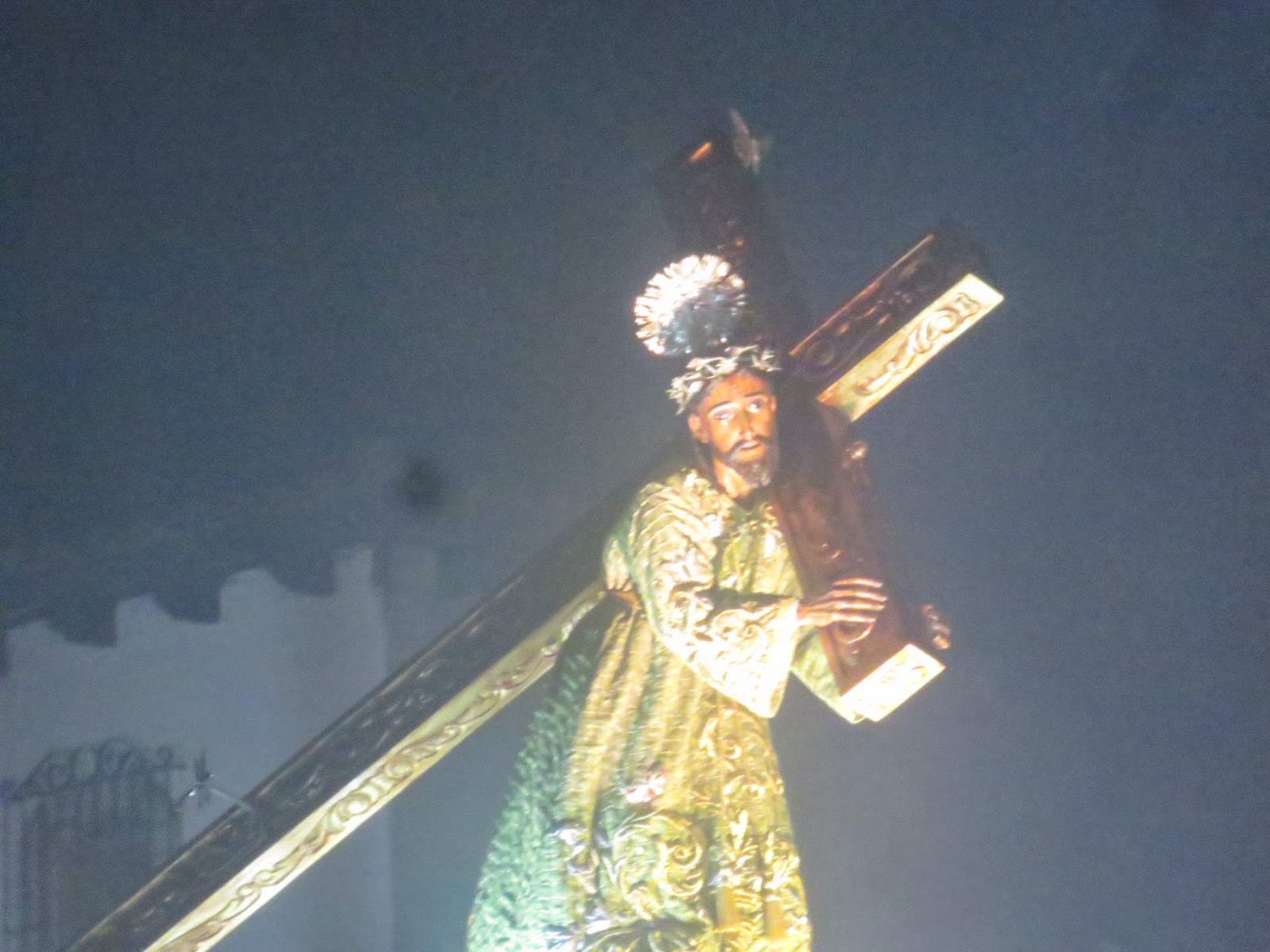 We stood and watched as the procession slowly proceeded past us and wound its way around the square. As the crowds began to disperse, we weren’t ready to leave yet, and we walked around the square, sharing the view with those on the other side and looking back at the beautifully-lit cathedral. As the procession came to an end, we returned to our hotel, grateful to have participated in such a heartfelt and holy spectacle. 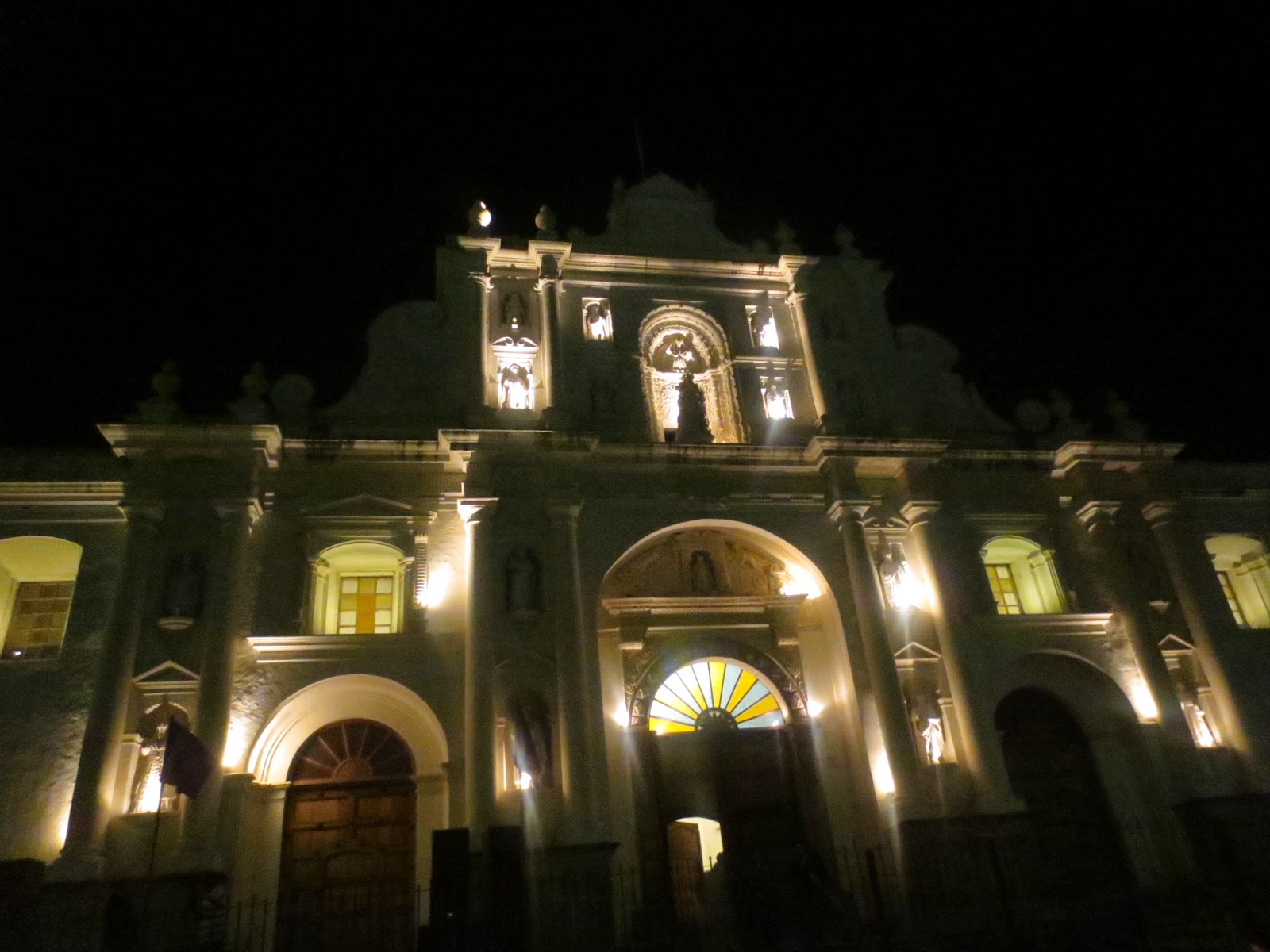