With this week being the seventieth anniversary of the liberation of Auschwitz, I wanted to write about my visit to the Schindler Factory in Krakow, Poland. If you’ve seen the movie Schindler’s List, you’ll be familiar with the story of the German Nazi who saved the lives of 1200 Jewish people, who would otherwise have perished at Auschwitz.

The factory, located in an industrial area of Krakow, had fallen into disrepair since the Second World War. However, it was recently turned into a museum that depicts prewar life in Krakow, the five years that the city was under Nazi occupation, and its liberation in 1945. Part of the exhibit featured the horrors that existed behind the walls at Auschwitz.

Visiting a museum like this wasn’t easy. Life in Krakow under the Nazi occupation was difficult and dangerous. Life in Auschwitz was, of course, much worse. To see the human tragedies depicted here was to see some of the worst of humanity.

The museum ended with two thought-provoking exhibits that illustrated how goodness often coexists with evil, and how we can often choose which path to follow.

The Room of Choices was a circular room, with quotations on the walls in many languages. These quotes described the actions of those who, faced with ethical choices, took action to assist another person, even if that choice imperilled their own lives.  The rotating pillars around the room presented occasions when people might have helped, but did not. 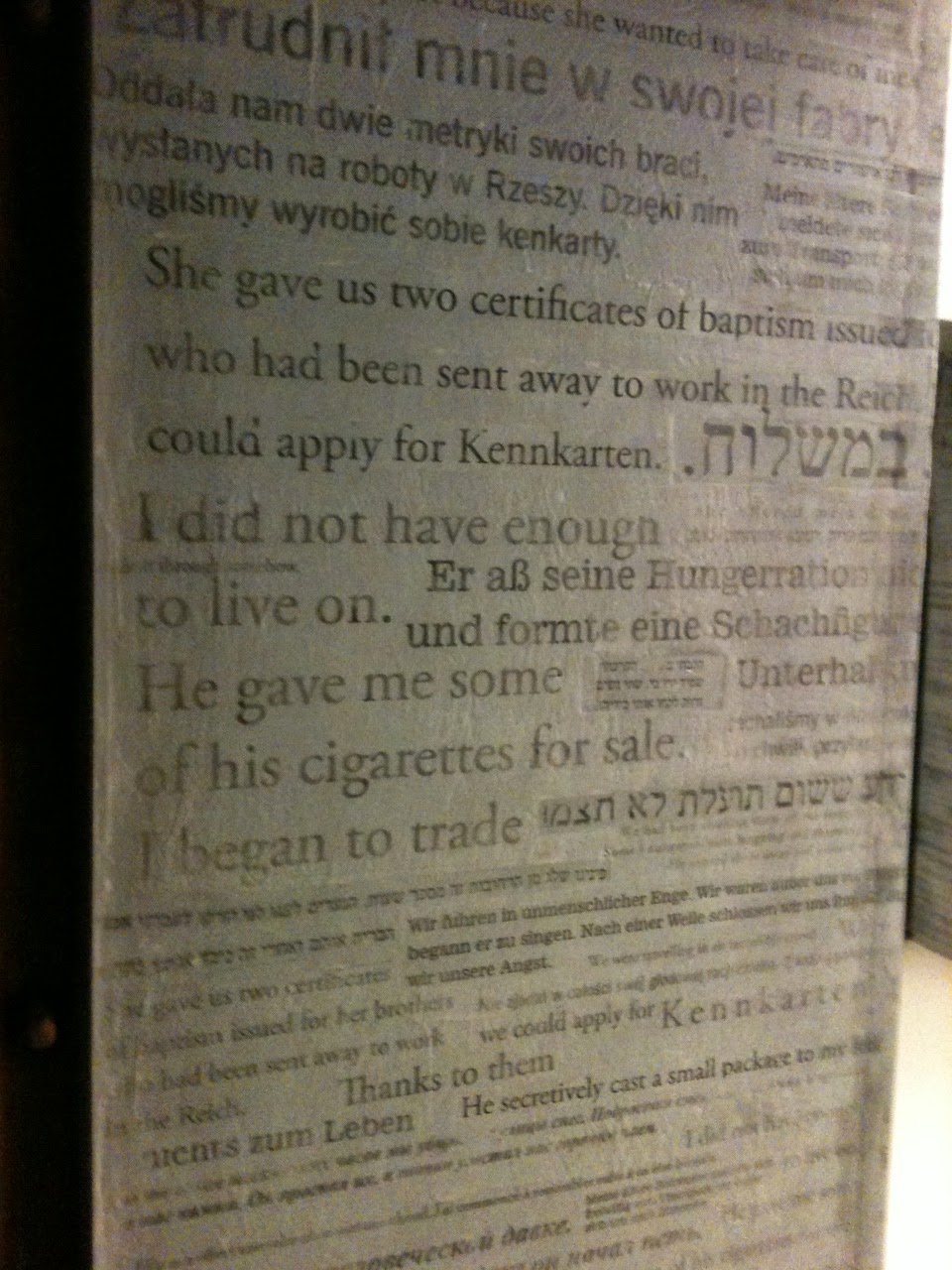 Before leaving, we were invited to peruse a book that featured some of the courageous and generous acts people did for others during this time. Each page was labelled with a virtue, such as humanitarianism, compassion, or dignity, and told a story that illustrated that virtue in action. 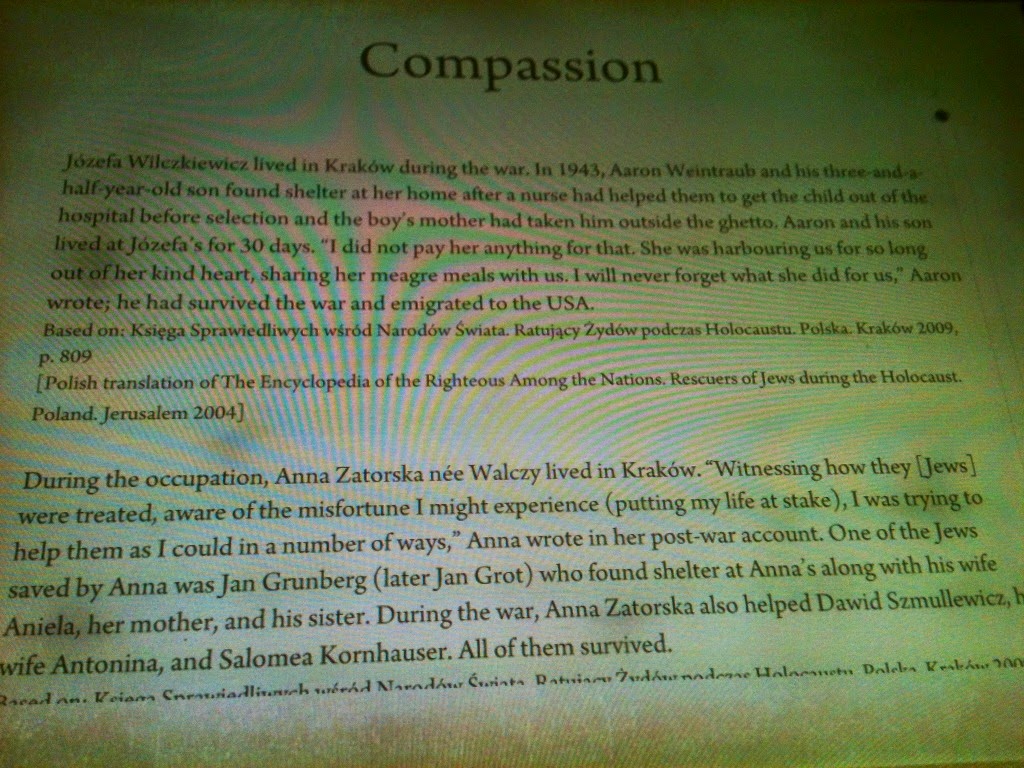 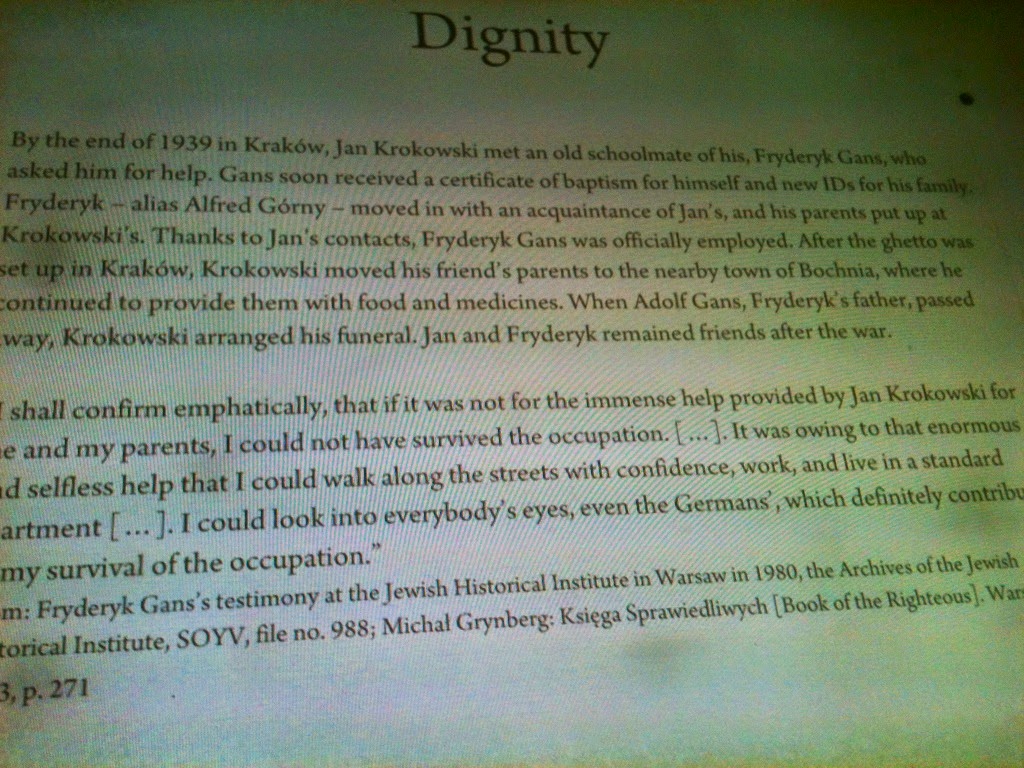 Oskar Schindler was no saint. He was a Nazi, a heavy-drinking womanizer who began his business as a profiteer. Why did he do what he did? He is quoted as saying, “I did what I could, what I had to do, what my conscience told me I must do. That’s all there is to it.”