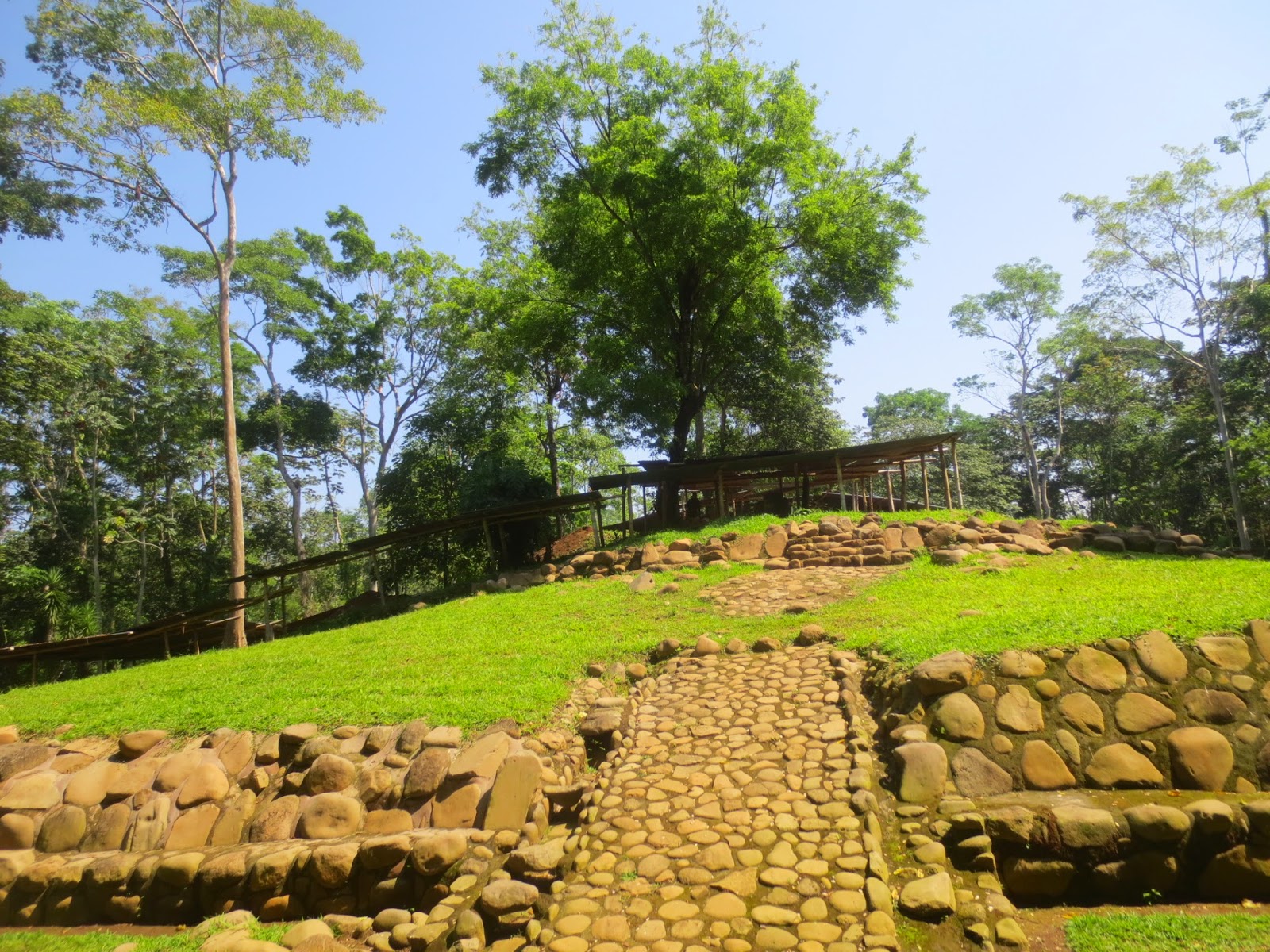 Tak’alik Ab’aj is a pre-Columbian archaeological site situated near the Pacific coast of Guatemala. In the local Kiche Maya language, it means “Place of the Standing Stone”.
Tak’alik Ab’aj was a major centre of culture and trade, first rising in power around the 9th century BCE, and lasting until 200 AD or later. It’s particularly important among Central American archeological sites because it documents the transition between the early Guatemalan Olmec people and the Mayan civilization. 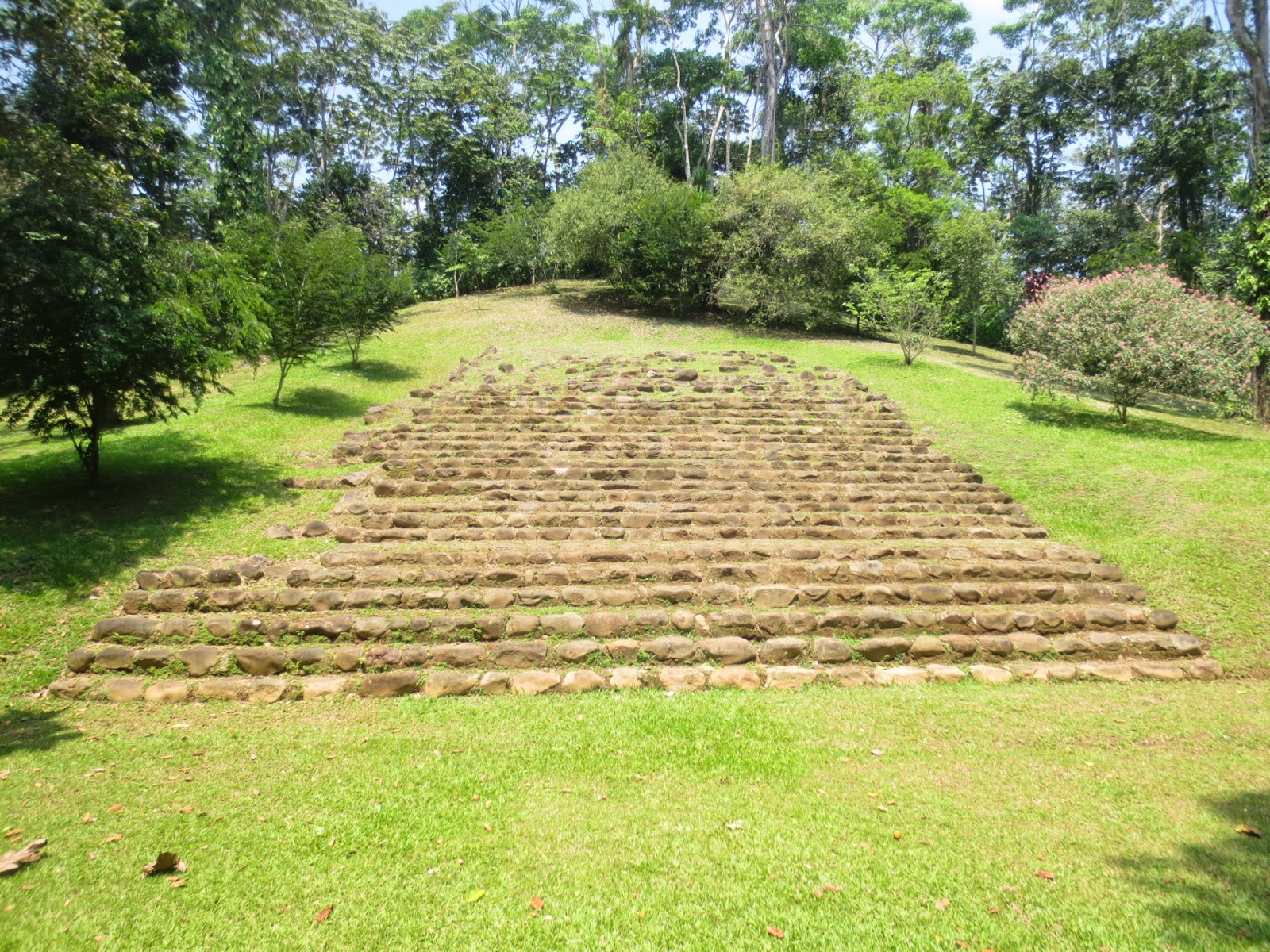 Several hundred stone monuments have been unearthed on the ten terraces that cover the 1600-acre property. Some feature the Olmec style with enormous heads and potbellied figures, or the man-jaguar. Many others feature Mayan hieroglyphics and the representation of important figures, often depicted in profile. 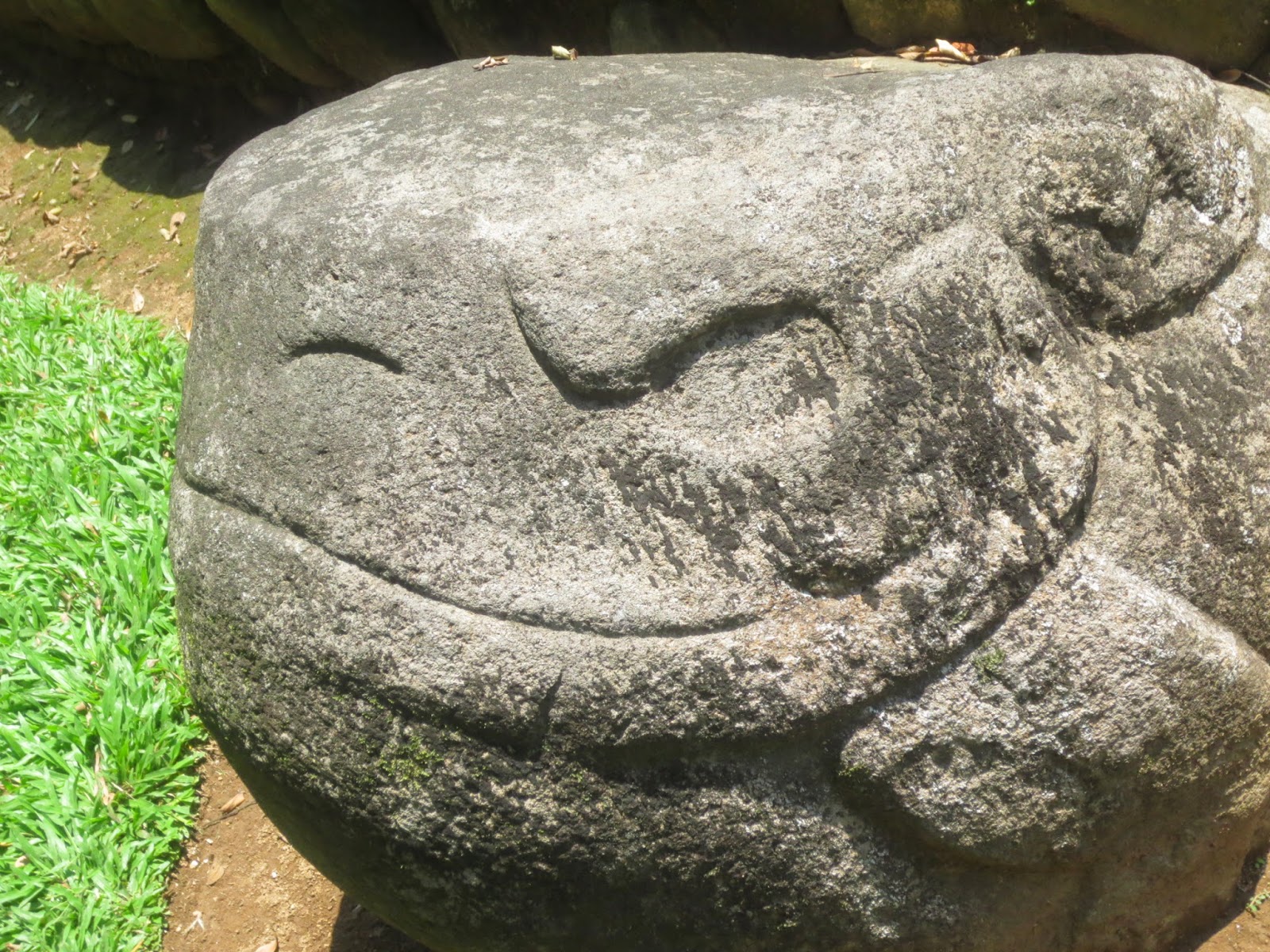 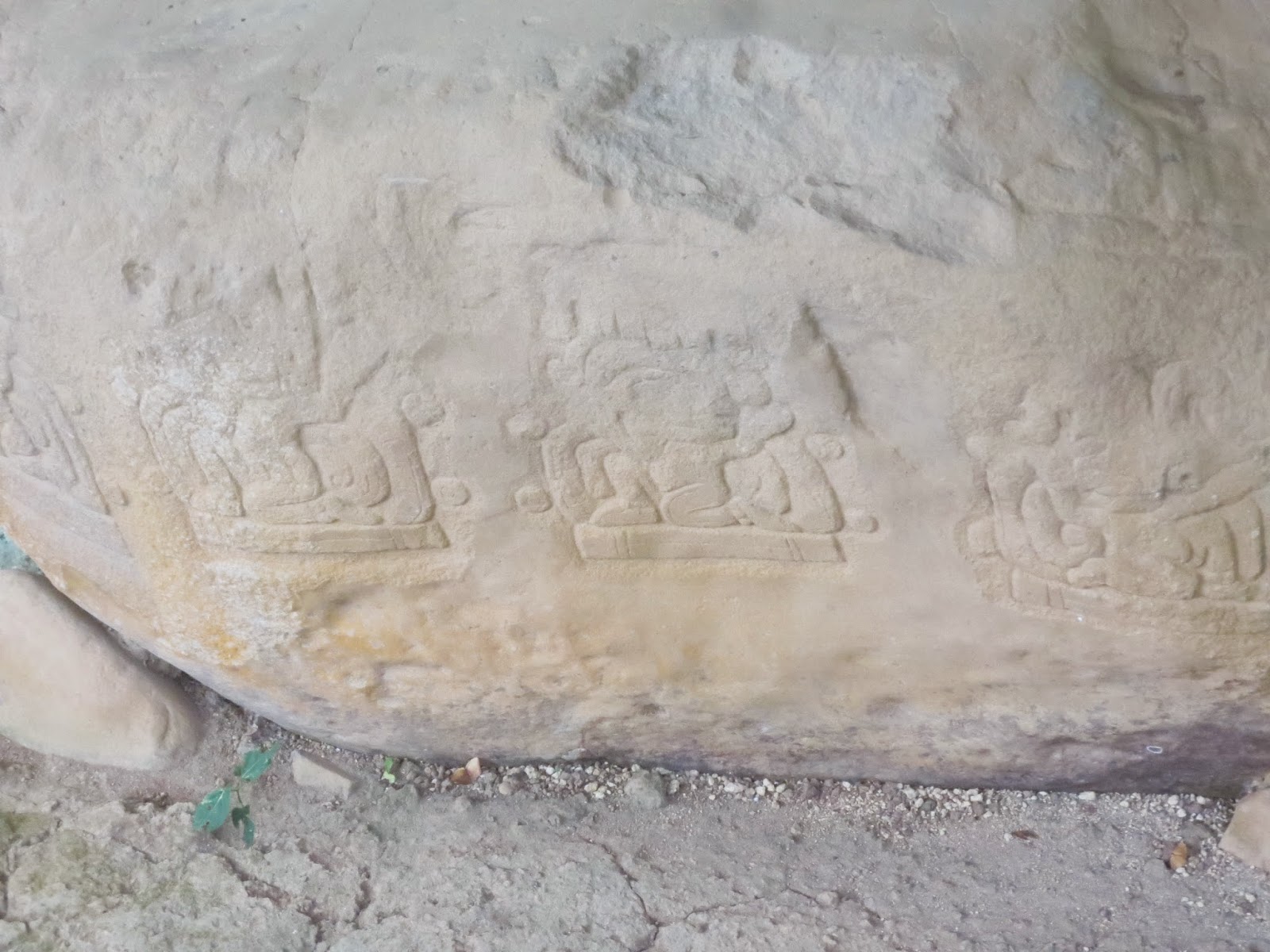 It’s intriguing that both styles co-exist. The Olmec style statues don’t stop suddenly and give way to a Mayan style. Nor were they destroyed when the Mayan sculptures were erected. This suggests a shifting of cultural influences and a sharing of artistic styles rather than domination due to one group conquering the other. 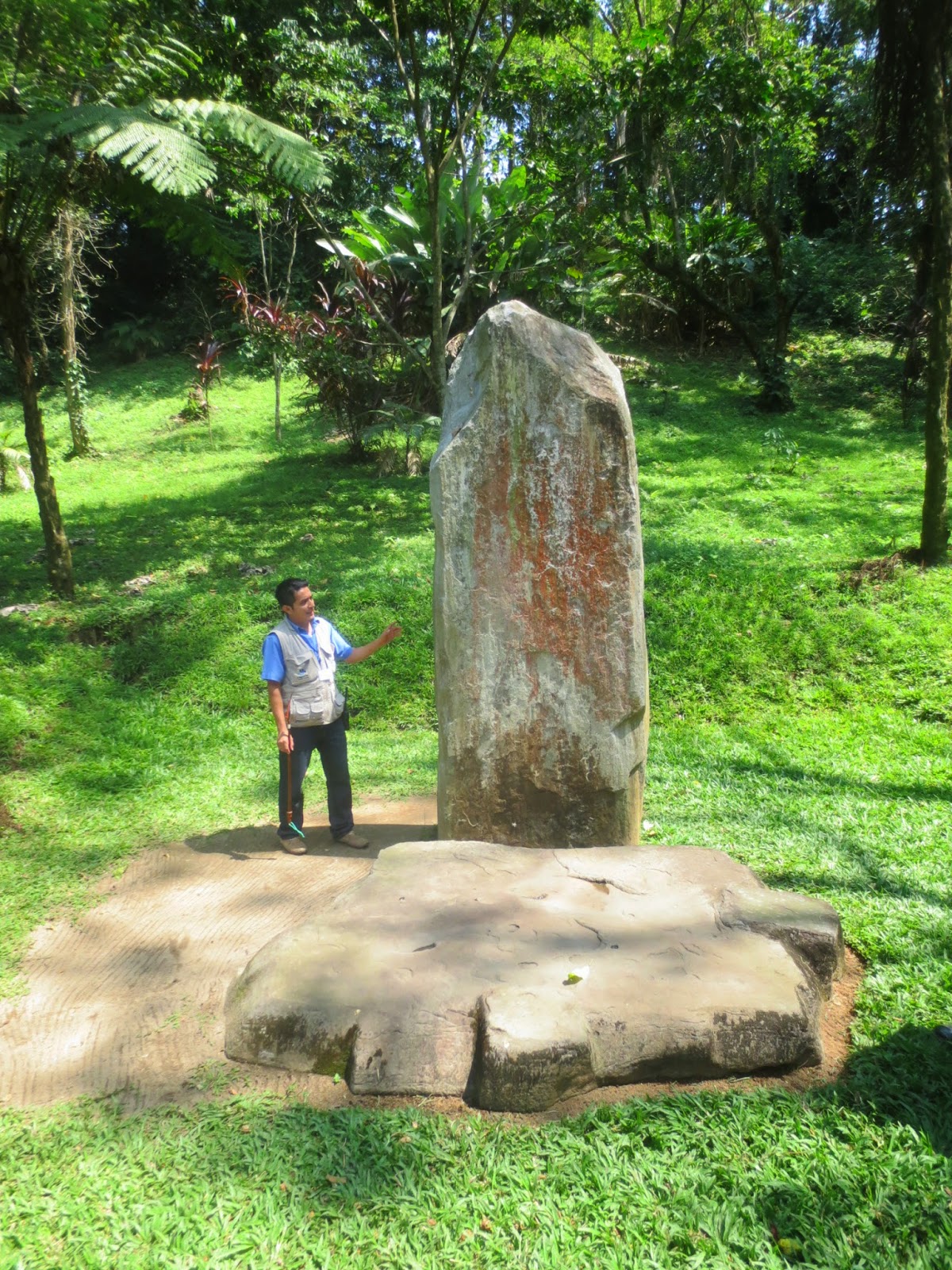 Tak’alik Ab’aj was part of a trading route that stretched from Mexico in the north to El Salvador in the south. It has been suggested that as traders moved from one area to another, they brought with them cultural inspirations that influenced the artwork of the settlements.
A royal tomb was discovered in 2002, perhaps belonging to the city’s last Mayan king. 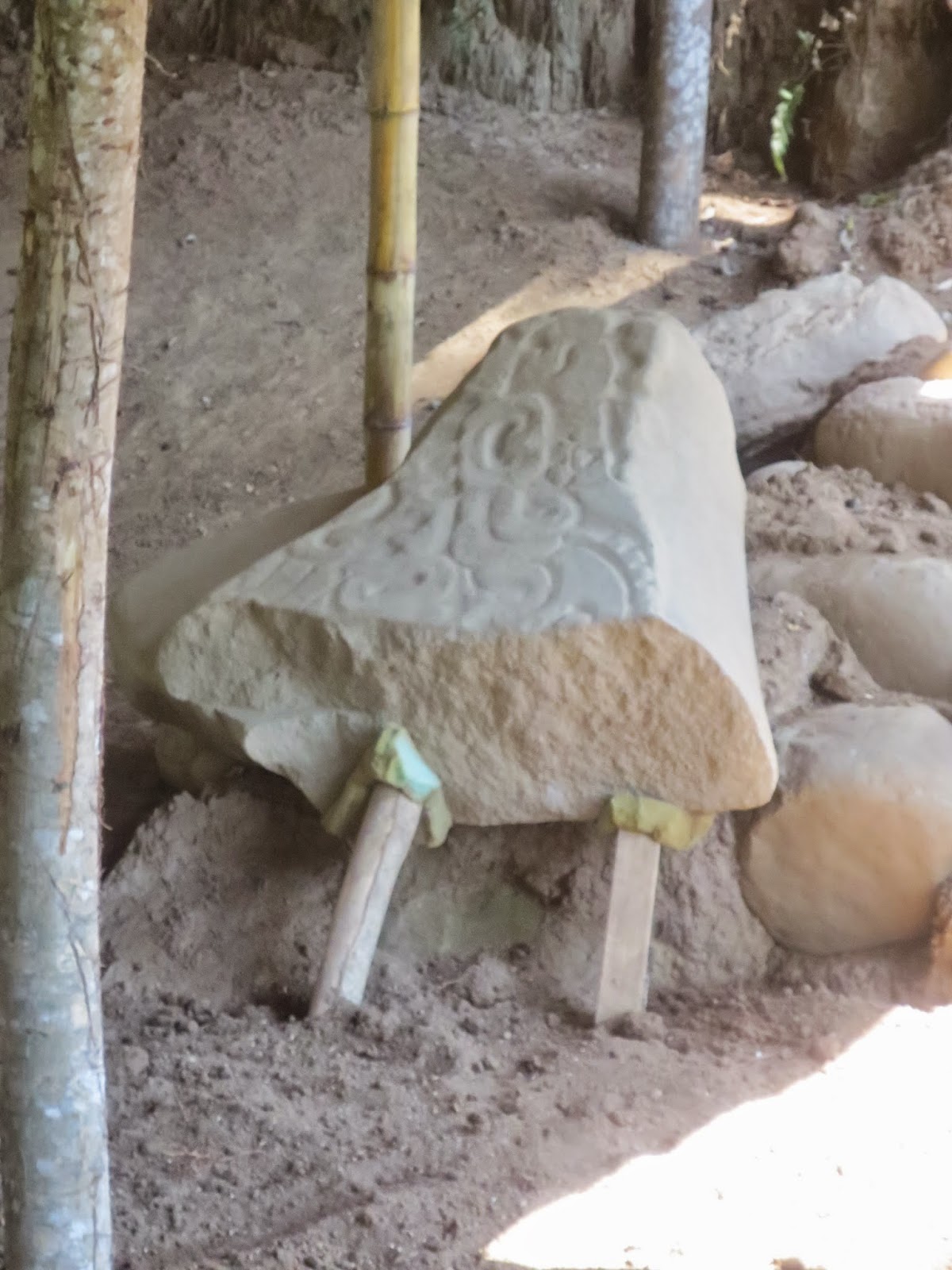